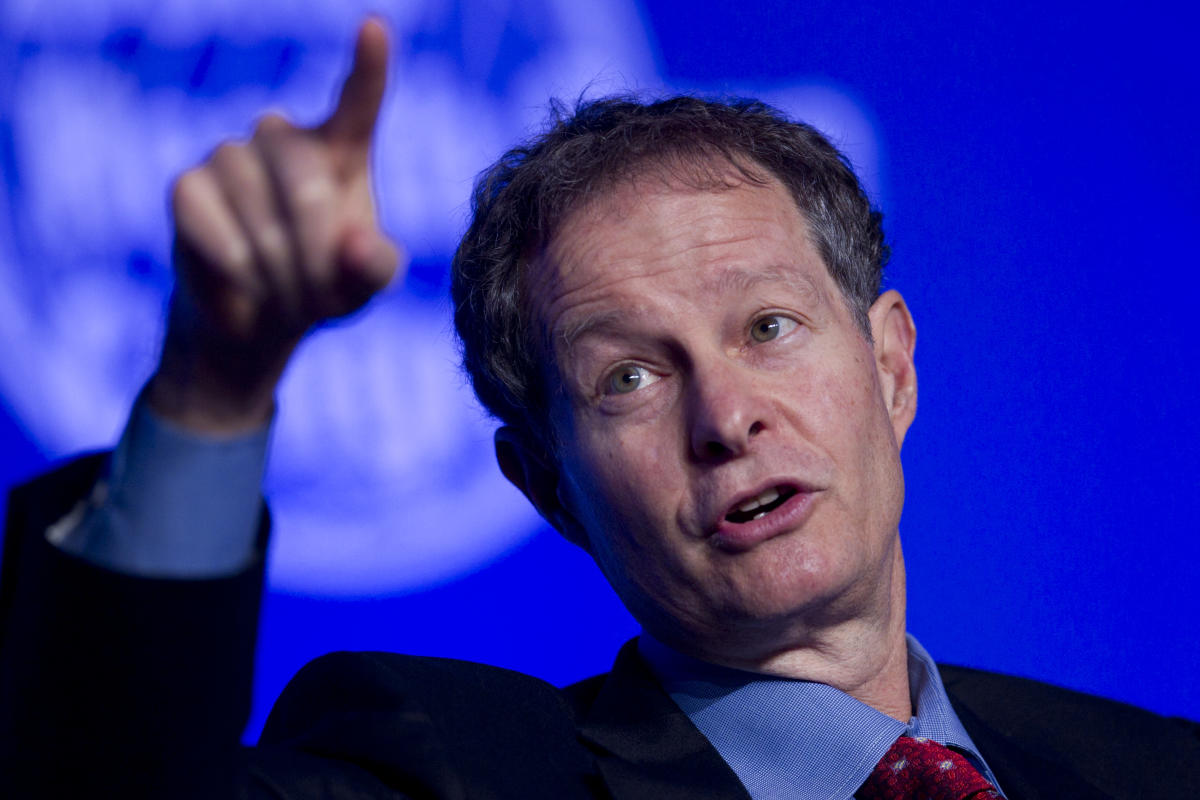 If you ask Whole Foods’ outgoing CEO about socialism and young workers, he says there’s a revolution happening, and it’s not with pitchforks but with words.

Whole Foods cofounder John Mackey has a history of complex views that he’s shared over time. What Mackey likes: a vegan diet and free-market and libertarian ideals. What he doesn’t like as much: processed and frozen foods, unions, and being silenced.

An Ayn Rand lover who once cut his own salary to $1, Mackey’s dichotomy earned him the title of a “right-wing hippie” in a 2010 New Yorker profile. As a longtime fan of capitalism, he continued his crusade against socialism in the latest podcast from Reason, the long-running libertarian magazine.

Mackey stated last year that he’ll retire this coming September, and he told Reason that he’s “muzzled myself ever since 2009,” seeming to refer to a Wall Street Journal op-ed from that year in which he compared the Affordable Care Act to fascism.

And it’s not just the socialists irking Mackey; it’s also the kids these days. “They don’t seem like they want to work,” Mackey told Reason about younger generations in the workplace.

“Younger people aren’t quick to work because they want meaningful work,” was Mackey’s diagnosis of the problem, referring to the well-known importance to Gen Z of finding work with some kind of social significance. This is a mistake, he said. “You can’t expect to start with meaningful work. You’re going to have to earn it over time.”

He adds that there’s a price you have to pay to get to meaningful work and some younger generations aren’t willing to make that sacrifice.

Since the oldest members of Gen Z entered the workforce, they’ve become known for not exactly enjoying work, as movements such as #antiwork have arisen, born out of the idea that one’s identity starts outside the place of employment.

The idea that your workplace should be aligned with your personal, private values has gained popularity of late, especially with younger employees. A whopping 80% of Gen Zers want to work for an employer that lines up with what they believe in, according to a Linkedin survey. A job that accords with an employee’s values and interests seems far less important to other generations, clocking in at only 59% of millennials, 49% of Gen Z, and 47% of baby boomers.

Younger generations have often been seen as more relaxed or lazy by older workers; just look to Gen X’s trajectory. Mackey even admitted in the Reason podcast that while he used to say his dad didn’t understand his generation, he now finds the shoe on the other foot.

“I feel like I’ve become my father: I don’t understand the younger generation,” he says. In contrast, Mackey says, he “couldn’t wait to work” and be able to earn money.

Years ago, Mackey actually went on the record in favor of values-based leadership, writing a book on the subject. He’s also a part of the so-called Conscious Capitalism movement, a group that believes business is a social good and that should purposely lead with a higher cause or mission in mind.

While insisting that capitalism can remain socially conscious and serve all stakeholders, Mackey has been an outspoken critic of socialism for well over a decade, as evidenced by his 2009 comments during the Obama administration, although he has publicly admitted regretting some of his statements.

In 2020, he called socialism “trickle-up poverty” at the same time as he called capitalism ‘the greatest thing humanity’s ever done,’” sadly neglecting to mention the invention of Whole Foods’ off-brand Oreos.

If his comments to Reason are anything to go by, in six weeks the world may be about to hear more of Mackey, unmuzzled.