How the US Toppled the World’s Most Powerful Gold Trader 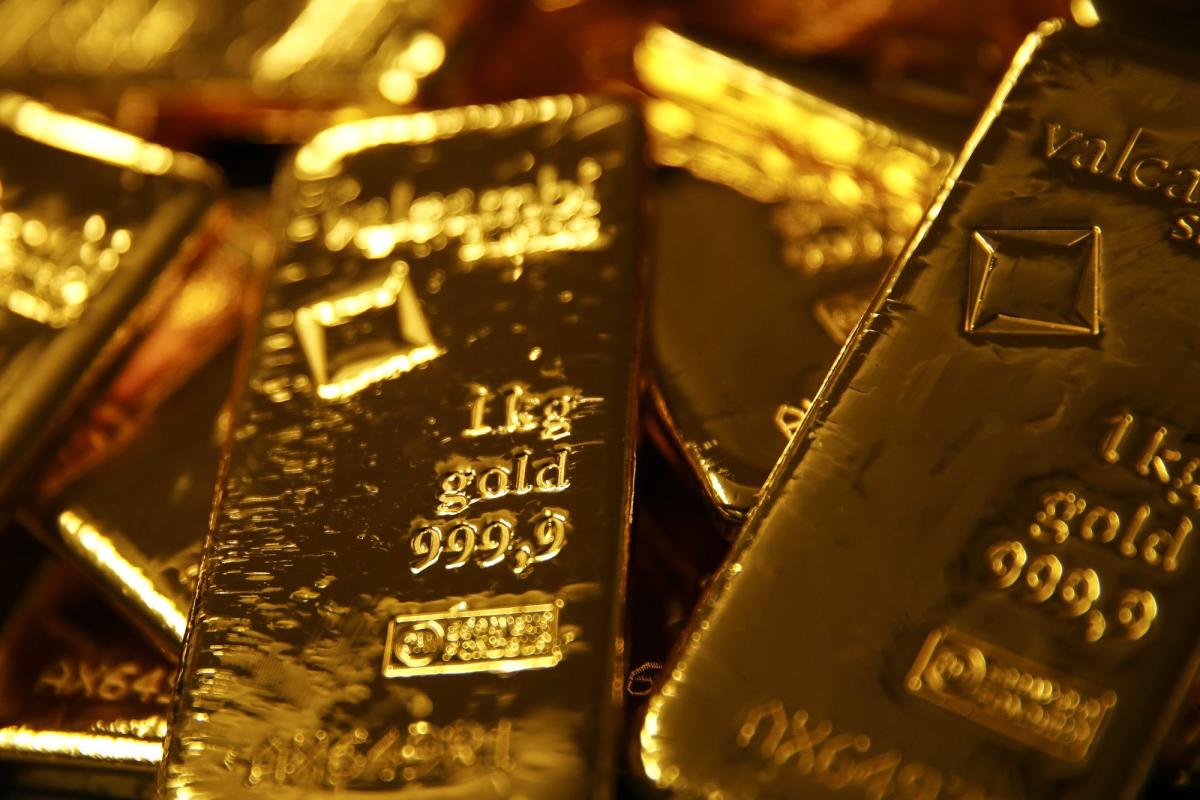 (Bloomberg) — In December 2018, a man in his early 30s was intercepted on arrival at Fort Lauderdale airport and taken to a room where two FBI agents sat waiting.

The target was scared and already on high alert — one of his associates had recently admitted to crimes he knew he’d also committed. Christian Trunz wasn’t a terrorist or a drug trafficker, but a mid-level trader of precious metals returning from his honeymoon. Crucially: he was also a longstanding employee of JPMorgan Chase & Co., the biggest bullion bank.

The FBI’s airport ambush described by Trunz was a crucial step in the pursuit by US prosecutors of JPMorgan’s precious metals desk, leading up to last week’s climax — the conviction on 13 counts of the man who was once the most powerful figure in the gold market, the desk’s former global head Michael Nowak.

Watched with a mixture of fascination and horror by precious metals traders around the world, the case has shone a light on how JPMorgan’s traders — including Nowak and the bank’s long-time lead gold trader Gregg Smith — for years allegedly manipulated markets by placing bogus orders designed to wrongfoot other market participants, principally algorithmic traders whose high-speed activity became a major source of frustration.

Nowak has become one of the most senior bankers to be convicted in the US since the financial crisis, and faces the prospect of decades in prison, although it could be far less.

Nowak’s lawyers contend Nowak wasn’t a “criminal mastermind” and said they will “continue to vindicate his rights in court.” A lawyer for Smith said during closing arguments last month that his client’s orders were legitimate, and there are other explanations to buy and sell futures contracts at the same time on behalf of customers.

It took three weeks in court for the government to persuade a jury of Nowak and Smith’s guilt. (Jeffrey Ruffo, a salesman who was tried with them, was acquitted.)

But whispers of spoofing had hung over JPMorgan’s trading desk for at least a decade — many years before the FBI first approached Trunz in 2018.

Alex Gerko, the head of an algorithmic trading firm, complained about Smith’s activity in the gold market as early as 2012 to CME Group Inc., which owns the futures exchanges where the US alleged thousands of spoof trades took place. But Smith and Nowak continued working at the bank until 2019, when the US unsealed charges against them.

At the Justice Department, the road to JPMorgan began with a decision to begin hunting down traders who made bogus offers to buy and sell commodities that they never intended to execute. The criminal fraud unit hired data consultants to go through billions of lines of trades to spot patterns of market manipulators.

As the vast quantities of data was scrutinized, there were certain traders that stood out. And they worked at JPMorgan.

With the data in hand, investigators went looking for cooperators, which they found in Trunz and his former colleague John Edmonds. Both relatively junior traders pleaded guilty to their own misconduct and agreed to testify against the desk’s boss.

Nowak was arrested in September 2019, sending a shock wave through the metals world, but the Covid pandemic meant it would be another three years until the trial finally took place.

In his testimony, Edmonds, who’d started in an operations role at JPMorgan, described spoofing on the desk as a daily phenomenon and felt obliged to take part because it was part of the normal strategy.

The Justice Department’s move against JPMorgan’s most senior bullion bankers was celebrated in some corners of the gold and silver markets, where investors and bloggers have long accused the bank of a large-scale scheme to manipulate prices lower. Those allegations prompted multiple investigations by the Commodity Futures Trading Commission, the most recent of which was closed in 2013 after finding no evidence of wrongdoing.

The case against Nowak and Smith made no allegations of a systematic plot to suppress prices, instead arguing that they spoofed markets over very short periods of time, and in both directions, to benefit JPMorgan’s most important hedge fund clients.

And while the convictions are a victory for the prosecutors, the jury rejected the government’s most sweeping charges — brought under the Racketeer Influenced and Corrupt Organizations Act, or RICO — that the men were part of a conspiracy and that JPMorgan’s precious metals desk was a criminal enterprise.

At JPMorgan, Edmonds said the practice was referred to as “clicking” rather than spoofing, and the traders never discussed it as being illegal despite the firm’s own compliance policies making it plain. Trunz even spoke of a running joke involving Smith, who would click his mouse so fast to place and cancel orders that his colleagues would urge him to put ice on his fingers.

In 2012, Gerko, who is the founder of quantitative trading firm XTX Markets Ltd., complained to the CME about Smith’s trading in gold futures by rapidly entering and canceling orders. The CME began an investigation, which dragged on for three years before concluding he’d likely been spoofing.

“It took a long time after 2010 to get consistent enforcement,” Gerko said in a tweet, referring to the Dodd-Frank act in which spoofing was defined and made illegal.

After another JPMorgan trader, Michel Simonian, was fired in 2014 for spoofing, Nowak called his traders into his office to ask if they’d been doing the same, according to Edmonds. No one said anything. The incident shocked Edmonds, he said, as Nowak knew it had been going on for years.

During the trial, Nowak appeared largely impassive, his face hidden behind a Covid mask. Industry insiders described him in 2020 as introverted and brainy, and testimony during the trial painted him as a well-liked manager, who became friendly with Trunz while the two did a stint working out of JPMorgan’s London office.

During trial, Trunz was asked whether he liked Nowak, the former trader responded: “I loved him.”

However, the relationship became more complicated after Trunz was approached by authorities. When he contemplated making a deal with the government, Nowak told him not to, according to Trunz, who became audibly choked up as he gave the testimony.

Defense lawyers painted Trunz and Edmonds as unreliable — proven liars who were testifying against their clients in order to avoid lengthy prison sentences.

Nowak and Smith won’t be sentenced until next year. For comparison, two Deutsche Bank AG traders convicted of spoofing in 2020 were each sentenced to about a year in prison.

Last week’s conviction represents the pinnacle of the US Justice Department’s crackdown on the illegal trading practice known as spoofing. So far, prosecutors have managed to convict ten traders at five different banks.

JPMorgan has already paid $920 million to settle spoofing allegations against it.

“Even though the jury rejected the conspiracy and RICO charges, they will consider this a win,” said Matthew Mazur, an attorney at Dechert LLP who defended one of the Deutsche Bank traders. “This is probably the end of the precious metals sweep that was done, but I do think there will continue to be cases.”

Even after the crackdown, some market participants say spoofing still takes place. Back when commodity futures traded in the pits, brokers had to trade face-to-face. Hiding behind a screen makes it much easier to place and pull orders at will.

“We still see spoofing on a regular basis,” said Eric Zuccarelli, an independent commodities trader who began working on the floor of the New York Mercantile Exchange in 1986. “But back then if a person spoofed everybody would come over and punch you in the face and the floor committee would come over and fine you for being an asshole.”