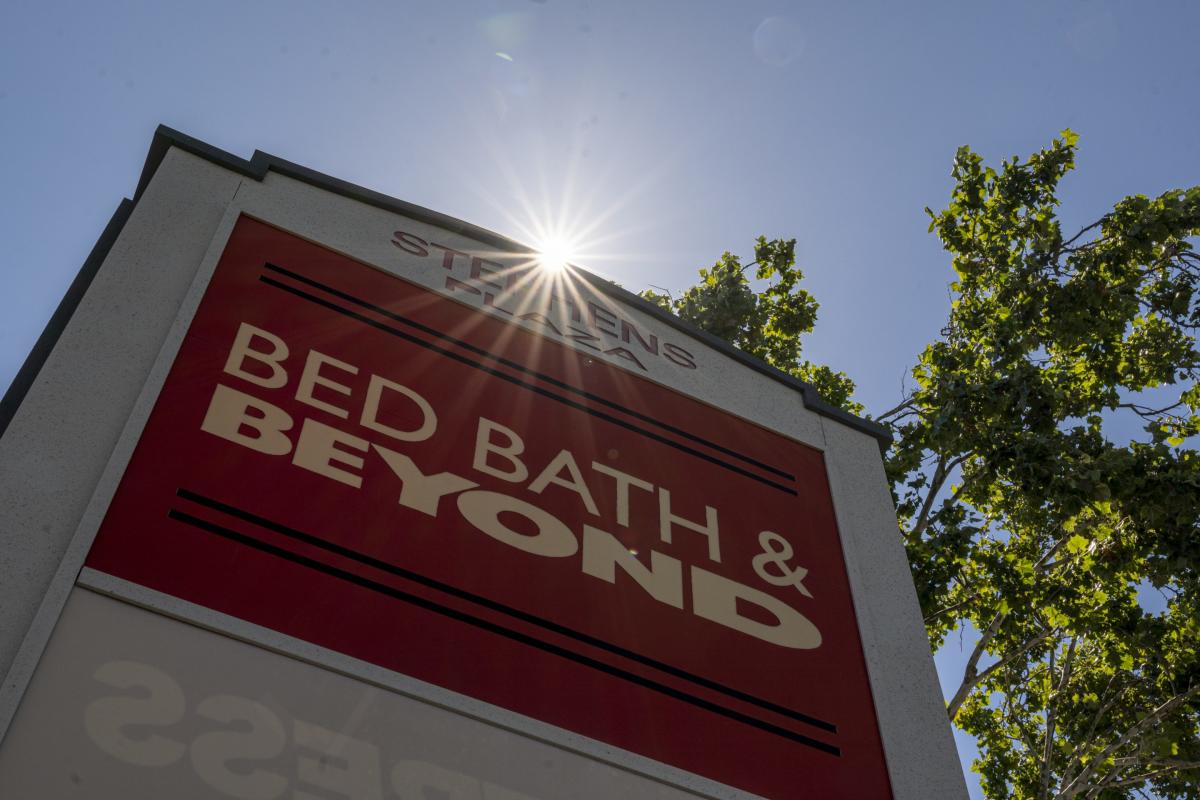 At around 2:00 pm ET in the afternoon on Tuesday, the share price of Bed Bath & Beyond dropped from more than $26 a share to below $20 in a matter of minutes.

The stock (BBBY), which has soared 440% over the past month as part of a Reddit-fueled squeeze, floundered for an hour or two before jumping back up to the $27 range.

As some Reddit users quickly scooped up the hot shares, others looked for answers.

“That million share dump was [Freeman Capital Management] I believe,” user DFWRestaurantGuy posted a couple of hours after the drop.

“That drop at 2 pm with 1 million shares my guess was FCM liquidating the rest of their shares.” they added.

“Did Jake Freeman sell all his BBBY? Am I reading this right?” another user, LunchOptimal5325, posted.

It wasn’t Freeman who triggered the drop in stock price.

The 20-year-old USC student posted on Reddit that he had exited his $130 million position before noon.

“The significant appreciation of BBBY’s share price combined with the fact that I am leaving for school tomorrow played critical roles in closing the Position,” Freeman wrote in a post on Reddit.

But some users weren’t convinced.

In a roundup of the day’s trading, a user wrote in a 5.7k upvoted post: “Some whale…dumped his entire holding of $BBBY dropping the price from ~$27 down to ~$20. That’s right, Freeman Capital Holdings dumped a position worth ~6% of $BBBY.”

Even as others corrected the post saying Freeman claimed to sell his shares before noon, others were incredulous.

“I think he had something to do with the afternoon dump as well, but that’s just speculation,” WeirdSysAdmin wrote.

So who is this 20-year-old who netted a rough $110 million from his selloff of Bed Bath & Beyond?

Who is Jake Freeman and how did he do it?

An applied mathematics and economics major at the University of Southern California, Freeman bought more than 5 million shares in Bed Bath & Beyond in July.

He made the buy shortly after the company ousted its CEO Mark Tritton following a dismal first-quarter financial report in late June showing that sales plunged 25%, revenues fell to $1.46 billion, and the company was drowning in $3.28 billion in debt with only $107 million cash on its balance sheet.

Freeman’s buy-in came months after Ryan Cohen, the founder of online pet goods retailer Chewy and the chairman of GameStop, bought a 10% stake in Bed Bath & Beyond in March.

Cohen is a much-loved figure on Reddit investing forums after he bought a 10% stake in GameStop and joined the company’s board in January 2021, in part triggering the infamous meme stock rally.

Freeman acquired his shares in Bed Bath & Beyond when the price of the stock was below $5.50 a share with $25 million he raised from friends and family.

He placed it all on Bed Bath & Beyond and became the second largest non-institutional investor in the company, after Cohen, with a 6.21% passive stake.

Freeman wrote a scathing message to the home goods retailer’s board after investing, warning the company is “facing an existential crisis for its survival.”

Freeman advised Bed Bath & Beyond to cut its debt and raise more capital through a convertible loan issuance, without providing a plan to turn around the company’s declining cash flow or injecting capital.

But despite plummeting sales and rising debt, the price of shares in Bed Bath & Beyond still went up fourfold on Tuesday, and less than a month after Freeman bought in, he sold $130 million worth of stock from his TD Ameritrade and Interactive Brokers accounts.

“I certainly did not expect such a vicious rally upwards,” Freeman told the FT. “I thought this was going to be a six-months-plus play…I was really shocked that it went up so fast.”

The selloff came at the right time.

After trading closed on the day Freeman sold his shares, a regulatory filing from Cohen’s venture capital firm RC Ventures revealed plans to sell its entire 11.8% stake within the next 90 days—sending shares down 15% in after-hours trading.

After selling his shares, he went for dinner with his parents in the suburb of New York City where they live before flying out to Los Angeles on Wednesday to return to campus, Freeman told the FT.

He did not respond to Fortune‘s request for comment.