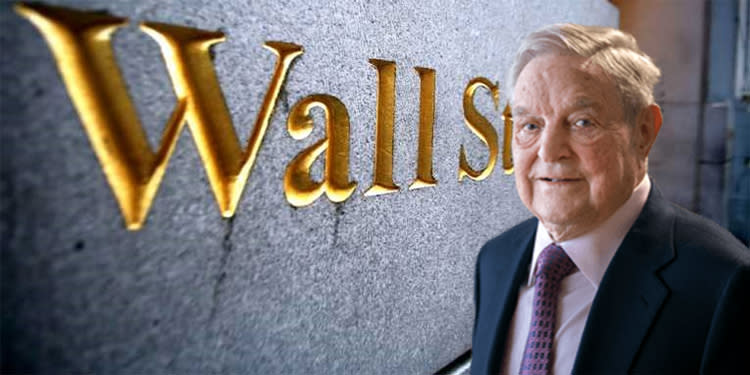 In the world of stock legends, George Soros stands out. While his political activities have been a lightning rod for controversy, no one can doubt his financial acumen. After all, he’s the ‘man who broke the Bank of England,’ and made a billion dollars in one day when he shorted the Pound Sterling back in 1992.

His hedge fund, Soros Fund Management, showed three decades of sustained gains, averaging 30% annual returns through the year 2000. During this time, and today in the management of his personal fortune, Soros has taken a risk-tolerant stance toward his investments, and hasn’t hesitated to trade based on news and reports of global events.

Soros once notably commented, “We [at Soros Fund Management] use options and more exotic derivatives sparingly. We try to catch new trends early and in later stages we try to catch trend reversals. Therefore, we tend to stabilize rather than destabilize the market. We are not doing this as a public service. It is our style of making money.”

So, when Soros makes a move, it is only natural for investors to sit up and take notice. With this in mind, we decided to take a look at two stocks his fund has recently loaded up on. Soros is not the only one showing confidence in these names; according to the TipRanks database, Wall Street’s analysts rate both as Strong Buys.

First up is a new position for Soros, Las Vegas Sands. This casino and resort company has a storied name in its hometown – but no longer any entertainment and resort venues in Vegas. While still based in Las Vegas, Sands has now turned its focus to the international leisure scene, and owns 6 properties – one in Singapore and 5 in the city of Macao on China’s southern coast.

The company’s financial reports, however, show that pandemic-related restrictions are continuing to put pressure on the bottom line. This is particularly relevant since most of Sands’ properties are located in Macao – and Chinese authorities have not been hesitant about locking down cities and restricting movement. Even so, Sands has reported $1.05 billion in net revenue in the most recent quarter, 2Q22. This was down from the $1.17 billion reported in the year-ago quarter. The company also showed a net loss from continuing operations of $414 million, compared to $280 million in 2Q21.

Despite the overall losses in Q2, Sands did see a doubling of its revenue from its Singapore property. The Marina Bay Sands, located in the city, saw EBITDA of $319 million, based on net revenues of $679 million. This compared to net revenues of $327 million in the year-ago quarter.

The results for 2Q22 are the first quarterly release for Sands since it completed the sale of its US assets. That sale was finalized in February of this year, to VICI Properties and Apollo Global Management, for a total of $6.25 billion.

As noted, this stock is a new position for George Soros, and in the last quarter he bought a total of 220,000 shares. At current pricing, this stake is now worth some $8.26 million.

Credit Suisse analyst Benjamin Chaiken lays out a comprehensive case for the bulls on LVS, writing of the stock: “LVS has held up well YTD and we think it should continue to outperform. Singapore is accelerating, Macau can’t get much worse (casinos closed), the balance sheet is in great shape, and the Singapore rebound (faster than we expected) could provide some insight into what an eventual Macau recovery could look like (maybe)… We think the stock should have a lot of support around $30, where we would argue you are embedding zero Macau value.”

Judging by the breakdown of the analyst ratings, the bulls are clearly in the majority. Of 9 recent reviews, 8 have come down as Buys – against a single Sell. Overall, this gives LVS shares their Strong Buy consensus rating. The stock is selling for $37.72 and its $47.78 average price target implies a 26% one-year upside. (See LVS stock forecast on TipRanks)

For the next stock we’ll turn to the tech and marketing world, where Salesforce has long been an industry leader. The company gets its ticker, CRM, from its main product, Customer Relationship Management (CRM) software packages. These are offered as cloud-based solutions through the popular SaaS subscription format. Salesforce’s enterprise clientele use the products to manage and solve front-end marketing issues.

Later this month, Salesforce will release its Q2 results for fiscal year 2023, but we can look back at the company’s fiscal first quarter, and its recent trends, to get an idea of where it stands now.

In its fiscal 1Q23, Salesforce reported $7.41 billion at the top line, a 24% gain from the prior year’s Q1, and the highest revenue result in the past two years. The company also saw a strong year-over-year gain of 14% in operating cash flow for the quarter, to a total of $3.68 billion.

On a negative note, the company’s reported non-GAAP diluted EPS came in at 98 cents per share, down from the $1.21 reported one year earlier.

This is a stock that Soros was already holding a position in – and in the last quarter, he expanded that position by 138%. He first bought into CRM in 1Q21, and his most recent acquisition added 364,209 shares to his stack. Soros’ now owns 627,509 shares of Salesforce worth over $115.24 million.

Soros isn’t the only one giving this tech stock some love. 5-star analyst Keith Weiss, of Morgan Stanley, describes Salesforce as ‘the most attractive risk/reward in software.’ and goes on to say: “We believe unique exposure to the broadest of Digital Transformation initiatives focused around driving further automation and efficiencies will prove to be a more durable demand driver for Salesforce than expected. Further, partners have indicated early signs of potential consolidation of IT budgets — a trend which plays to Salesforce’s strengths given the breadth of its platform… We believe a slowdown in the business — whether organic or macro-related — is already more than priced in at current levels.”

In line with these comments, Weiss rates CRM stock an Overweight (i.e.Buy) and his $273 price target points toward 49% upside in the next 12 months. (To watch Weiss’s track record, click here)

Overall, Salesforce is a major company, with a market cap of $182 billion, and it has picked up plenty of Wall Street attention. There are 32 analyst reviews on record here, and they include 27 Buys, 4 Holds, and 1 Sell for a Strong Buy consensus rating. The stock has an average price target of $240.70 and a current trading price of $183.33, pointing toward an upside of ~31% in the next 12 months. (See CRM stock forecast on TipRanks)

Disclaimer: The opinions expressed in this article are solely those of the featured analysts. The content is intended to be used for informational purposes only. It is very important to do your own analysis before making any investment.