The Fed Wants You to Lose Money in Stocks and Probably Crypto, Too 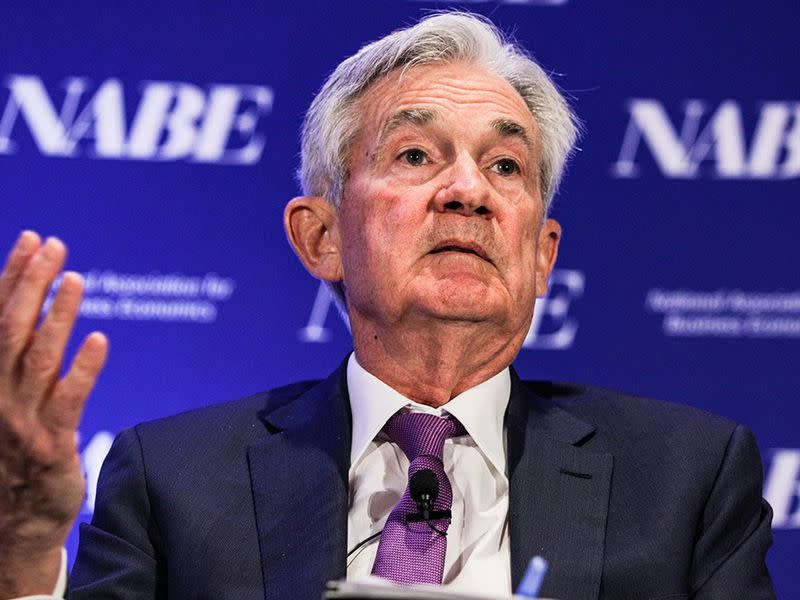 The U.S. Federal Reserve’s campaign against inflation might not be finished until you’ve lost money on bitcoin (BTC).

The reason why goes back to the basics of central banking. The Fed does what it does with monetary policy (these days, raising interest rates) and that filters through the economy by impacting, among other things, how much key assets cost – “financial conditions,” in central bank jargon.

For most of this year, Fed policy makers have been sanguine toward markets like stocks, preparing traders in advance (called “forward guidance”) for upcoming changes to monetary policy. But that seems to be in the past. In July, Fed Chair Jerome Powell announced that central bankers would stop practicing forward guidance.

Bitcoin is already down over 57% for the year to date, according to CoinDesk data, grappling with a broader crypto asset sell-off fueled by industry bankruptcies and a struggling global macroeconomic landscape.

The U.S. central bank has two mandates: price stability and maximum employment. Right now, prices aren’t stable, with inflation running well above the Fed’s 2% goal. Meanwhile, the unemployment rate is still low and employers are adding over 300,000 jobs per month. That’s great news for job seekers but, perversely, something that could fuel inflation, raising pressure on the Fed to take even stronger action.That spells potential trouble for markets like stocks and crypto.

“The Fed wants to create a reverse wealth effect and get people that own assets to rethink some of their purchase habits and maybe slow demand,” said Jim Bianco, president of Bianco Research.

“It’s a dangerous game,” he added. “You want the market to go down, but you gotta be careful when that starts to happen because if you get everybody running for the hills because they’re going to be the enemy of the market, you could turn it into a rout.”

Even though U.S. gross domestic product has contracted for two straight quarters, the economy seems to be in good enough shape to withstand continued aggressive rate hikes. Further signs of weakness, though, will test the Fed’s resolve and force policy makers to evaluate how much pain they want to cause in markets.

“It’s very possible that [the central bankers] could very well cave once they’re faced with some really bad employment numbers, but they haven’t been so far,” Bianco said. “I don’t think they will but I completely understand that argument.”