US Inflation Data Will Determine If Stock Rally Continues 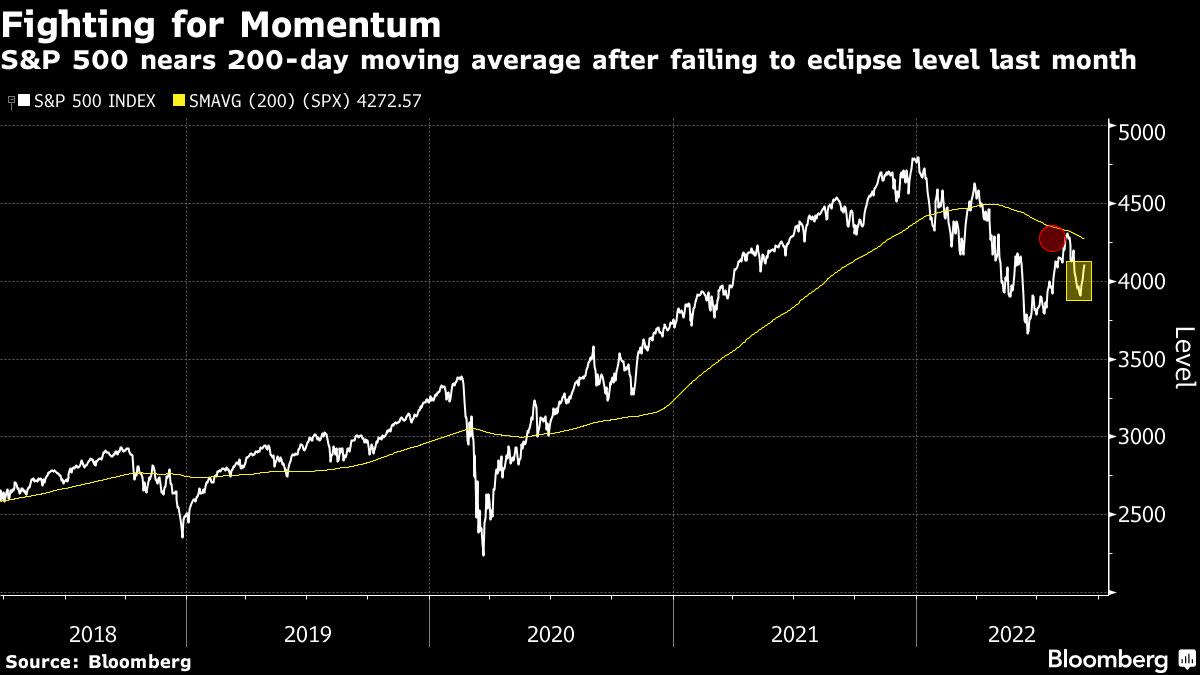 (Bloomberg) — The S&P 500 Index is on a roll, posting its best four-day rally since early July partly on the back of hopes that inflation data due Tuesday morning will show some cooling off ahead of next week’s Federal Reserve meeting.

The index just snapped three weeks of losses and is now bouncing around 4,110 points, within sight of its 200-day moving average around 4,270. Failure to break — and then stay — above the key technical support level in the aftermath of the inflation report may indicate the market is poised for another leg lower.

After CPI data on Aug. 10 showed US inflation decelerated by more than expected, the S&P 500 briefly surged to within a hair of its 200-day moving average. But the index then lost steam, failing to recapture that threshold and coming under pressure after a fast rise in Treasury yields rattled growth shares and upended the stock market’s $7 trillion early summer rebound.

The difference this time is that investor positioning is already depressed, which is a contrarian sign, according to Keith Lerner, co-chief investment officer at Truist Advisory Services. “This suggests at least some investors are already braced for bad news and will not need to take aggressive selling action since they are already somewhat hedged,” he wrote in a note to clients.

Meanwhile, US consumer-price inflation is expected to show signs of moderating in August, with CPI forecast to have risen 8% in August from a year earlier versus 8.5% in July, according to economists surveyed by Bloomberg. Another rally could help propel the index above its 200-day moving average for the first time since April.

If the index can’t break above that, it would be a sign that a counter-trend rally has been unfolding, and the market is poised for another leg lower as the index faces resistance from 4,200 to 4,300, according to Lerner.

Still, major US equity benchmarks have shown some resiliency recently, with the S&P 500 topping its 50-day and 100-day moving averages. A close above its 200-day moving average would be viewed as a potential bullish change in the market’s long-term trend.

“We expect the markets to remain in choppy waters,” Lerner added. “However, markets do not typically move in a straight line. On a short-term basis, several indicators suggest the selling is getting overdone.”