‘Load Up,’ Says Jim Cramer About These 2 Real Estate Stocks 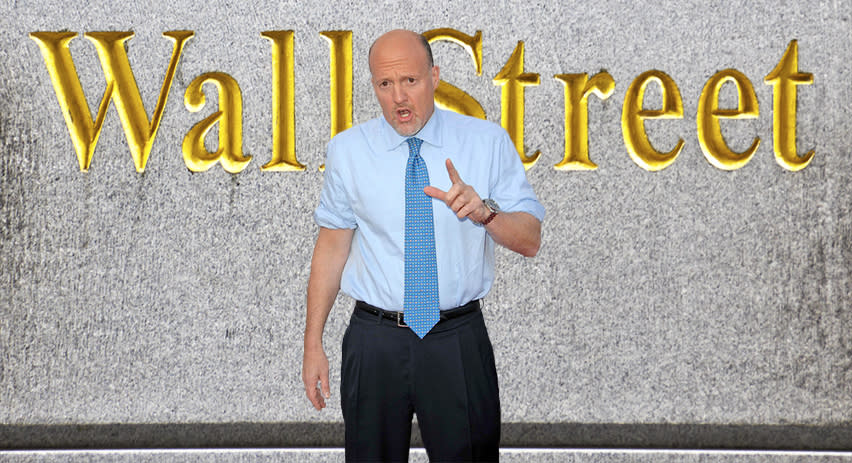 There was no good news in the August inflation numbers. While the annualized rate did fall slightly from July, from 8.5% to 8.3%, it came in higher than expected – and worse, the core CPI rate, rather than dropping, increased to 6.3%. Consumers are struggling, and their pain is real.

But it’s not only consumers who are getting hit hard by inflation. Retailers are also feeling the strain, and they’re feeling it twice – from consumers, whose wallets are pinched and so are buying less, and from their own suppliers, who have been raising prices themselves. There’s no easy way out of this, as the Federal Reserve’s main anti-inflationary move, raising interest rates, will necessarily drive up the cost of credit, making goods more expensive – again – for both consumers and retailers, while also increasing the risk of a serious recession.

Investors can be forgiven if they just don’t know where to put their money in an environment like this. On this end, Jim Cramer, the well-known host of CNBC’s ‘Mad Money’ program, has some advice.

“While most retail stocks are horrible right now, the companies that own the best retail real estate are doing just fine.” Cramer noted.

Cramer elaborated with some further detail on the general position of commercial real estate companies: “Not many [retail] chains are in danger of going under, or even falling behind on their rent payments. We’re not looking at mass store closures, either… As long as their tenants stay in business, [real estate companies] won’t take much of a hit financially. To me, that looks like an opportunity.”

Now let’s take a look at two real estate stocks on Cramer’s buy list. We’ve used the TipRanks database to pull up the latest data on both, and we can check them out in conjunction with recent commentary from the Wall Street analysts.

The first Cramer pick we’re looking at is Kimco Realty, a real estate investment trust (REIT) focused on commercial space. In fact, this company, based in Jericho, New York, is the largest owner and manager of grocery-anchored, open-air retail shopping centers. The company’s portfolio of properties focuses on the first-ring suburbs of major urban areas, especially in the Northeast, on the West Coast, and in the Southeast and Sun Belt regions. As of the end of 2Q22, Kimco owned interests in 533 such shopping centers with a total of 92 million leasable square feet.

Some key metrics from the company’s 2Q22 earnings release show both the quality of the portfolio and the continued demand for high-end retail space. First, Kimco saw its occupancy rate increase by 40 basis points to 95.1% in the quarter. On a year-over-year basis, Kimco’s occupancy rate has increased by 120 basis points.

High occupancy has led to plenty of cash generation, and Kimco saw its funds from operations (FFO) grow by 17.6% y/y to reach $246.6 million or 40 cents per diluted share. This metric is of especial interest for dividend investors, as FFO typically supports a REIT’s div payments. Kimco’s current dividend, declared in July for a September 23 payout, was set at 22 cents per common share. This annualizes to 88 cents, and gives a yield of 4.2%. Kimco has been gradually raising the dividend over the past two years.

In addition to Cramer, this stock has caught the eye of Baird’s 5-star analyst Wesley Golladay, who writes of Kimco, “The core business continues to improve with cash basis tenants back to normal levels and SS base rents accelerating. Tenant demand remains resilient and retention is high despite the softening economy. The company remains active on the external growth front with structured investments, acquisitions and acquiring JV interests in 2Q and 3Q. KIM is also finding ways to create value via buying back debt and preferred equity, taking out existing ground leases, and entitling land for residential units.”

In addition to his upbeat comments, Golladay rates this stock ab Outperform (i.e. Buy) and his price target, at $27, implies a one-year upside potential of ~30%. (To watch Golladay’s track record, click here)

Overall, there have been 16 analyst reviews set in recent weeks, including 11 to Buy and 5 to Hold for a consensus rating of Moderate Buy on the stock. The average price target of $24.45 suggests an upside of 17% from the trading price of $20.82. (See Kimco stock forecast on TipRanks)

Next up is Federal Realty, a REIT based in Rockville, Maryland. FRT’s focus is on shopping center properties – especially high-end retail properties – in the Mid-Atlantic and Northeast regions of the US. The company also has a presence in Florida, in the Great Lakes area, and in the Southwest, particularly in California. FRT saw $951 million in total revenue in 2021.

The company’s strong performance has continued this year. In its 2Q22 report, FRT noted a high occupancy rate of 92% for its portfolio properties, and a 94.1% lease rate. Year-over-year, these numbers represent increases of 240 and 140 basis points, respectively. Small shop leasing has proven particularly resilient since the height of the COVID crisis, and has risen 580 basis points since its pandemic low point. In the recent Q2, small shop leasing was up 360 basis point y/y to 89.3%.

FRT has also been moving to expand its footprint, and in Q2 spent some $434 million on 3 new shopping center assets. These new properties cover 93 acres of land and include more than 1 million square feet of leasable space. The company signed 132 new leases during the quarter, covering 562,111 square feet of its total space, making 2Q22 its ‘most active quarter on record.’

Federal Realty has one of the REIT industry’s strongest dividends, and has not missed a single payment since it started paying out 55 years ago. The company has raised its dividend in every one of those 55 years. The current dividend is $1.08 per common share, or $4.32 annualized, and yields 4.3%.

All of this points to a company with a sound footing in its niche, and that prompted Raymond James’ 5-star analyst RJ Milligan to rate FRT a Strong Buy along with a $140 price target. That figure indicates a potential for ~30% share growth in the coming year. (To watch Milligan’s track record, click here.)

Backing his bullish stance, Milligan writes: “The biggest fundamental takeaway is that the leasing pipeline is as robust as it has ever been – which should drive meaningful growth through 2023/2024… FRT (and the broader sector) has had a tough few months of trading as investors priced in a recession and retreated into more defensive REIT sub-sectors (such as net lease). With shares trading at just 17x the midpoint of 2022 guidance much of our thesis remains intact: shares continue to trade at a historic discount while the fundamental backdrop has never been better…”

All in all, the 16 recent analyst reviews on this one are evenly split, with 8 each Buys and Holds. This makes the consensus view a Moderate Buy. FRT shares are trading for $100.60, and their $117.78 average price target implies ~17% upside on the one-year horizon. (See FRT stock forecast on TipRanks)

Disclaimer: The opinions expressed in this article are solely those of the featured analysts. The content is intended to be used for informational purposes only. It is very important to do your own analysis before making any investment.