‘Take opportunities on days like today’: Kevin O’Leary says it could be the best time to buy stocks. Here are the 2 places he finds most attractive 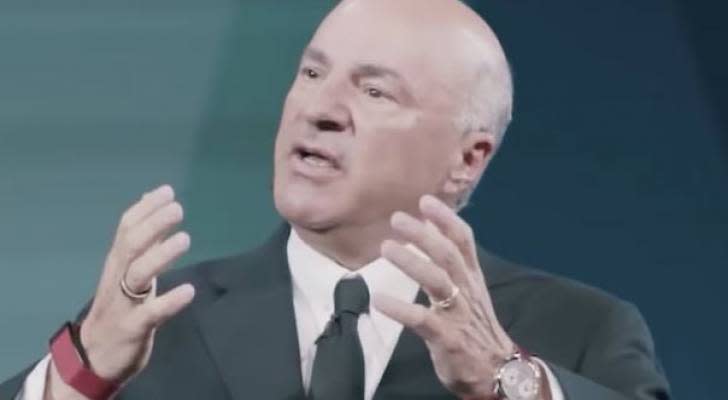 Inflation has been a top concern among investors. If prices continue to get out of control, the Fed will likely keep raising interest rates aggressively — and that’s not good for stocks.

When the latest inflation report came out on Tuesday and showed consumer prices rose 8.3% in August from a year ago, stocks plunged. The S&P 500 finished the day down 4.3%, the Dow fell 3.9%, while Nasdaq Composite tumbled 5.2%.

“It’s very disheartening to equity markets to lose close to 1,000 points in a matter of 40 minutes,” he tells CNBC.

“That means volatility is back. If you’re an investor, maybe the best thing to do here is — since you can’t guess the bottom — is to take opportunities on days like today and buy stocks that you think are attractive.”

Here’s a look at what Mr. Wonderful likes right now.

Year-to-date, the iShares Semiconductor ETF (SOXX) has plunged 35%. A lot of chipmakers have fallen deep into bear market territory.

O’Leary sees an opportunity in this segment.

“If you buy Broadcom, for example, almost three and a half percent dividend, it has been crushed by the semiconductor correction,” he says.

Broadcom shares have fallen about 23% in 2022, while Nvidia plunged an even more painful 56% during the same period.

But business continues to go in the right direction for these two companies.

In Broadcom’s fiscal Q3, it generated $8.46 billion of total revenue, representing a 25% increase year over year.

In Nvidia’s latest fiscal quarter, its revenue rose 3% from a year ago to $6.70 billion.

“These stocks have been decimated, and yet they are still growing, they are still needed,” O’Leary points out. “The whole idea that we are going to stop needing semiconductors is ridiculous.”

Chinese stocks are another out-of-favor group in today’s market. The ongoing tension between the U.S. and China has made these U.S.-listed names extremely volatile.

But O’Leary is optimistic about the country’s potential.

“If you are looking for long-term secular growth, there’s no question the Chinese economy over the next 20-25 years is going to become the largest economy on earth,” he says.

“There’s an economic war, technology war, regulation war going on with the United States — that too could be temporary.”

O’Leary is putting his money where his mouth is.

“I own China stocks. I have an index of them, particularly global internet behemoths, large companies like Alibaba,” he says.

Alibaba shares had a rough ride — they are down 25% year to date and a whopping 43% over the past 12 months.

And that could give contrarian investors something to think about.

“If you own Amazon, why don’t you own BABA — The same idea.”

O’Leary further explains that the political issues around Chinese stocks — such as the threat to delisting them — are just “noise.”

“To have no allocation to the world’s fastest-growing economy … is crazy.”

What to read next