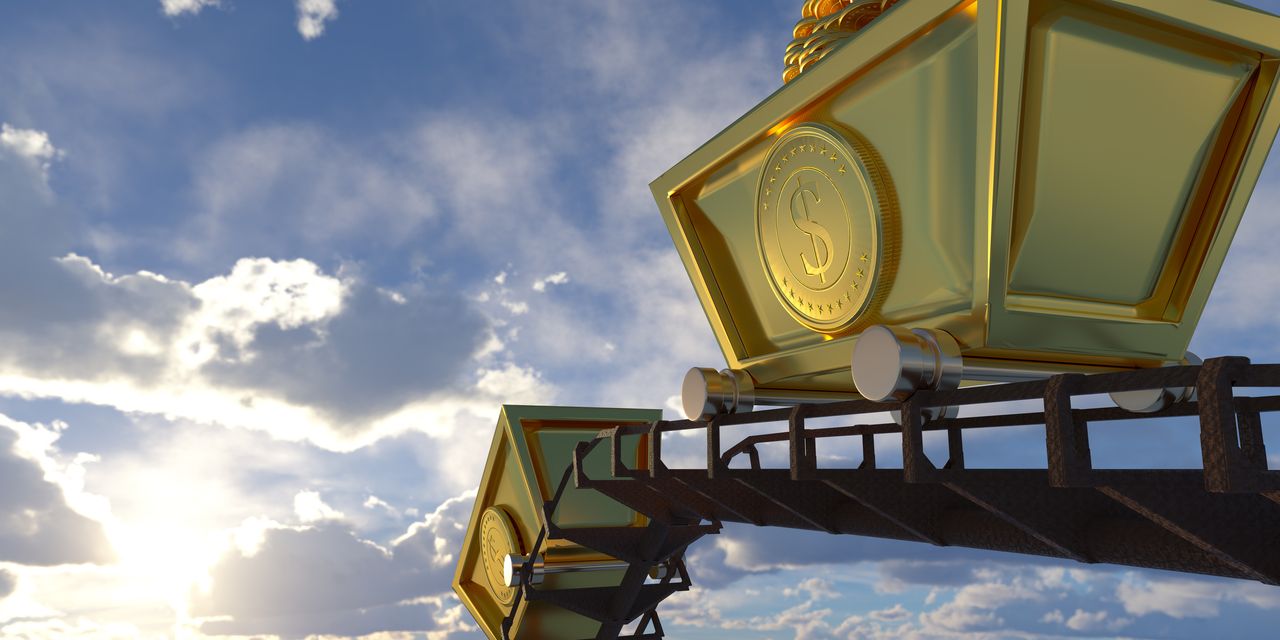 NEW YORK (Project Syndicate)—For a year now, I have argued that the increase in inflation would be persistent, that its causes include not only bad policies but also negative supply shocks, and that central banks’ attempt to fight it would cause a hard economic landing.

When the recession comes, I warned, it will be severe and protracted, with widespread financial distress and debt crises. Notwithstanding their hawkish talk, central bankers, caught in a debt trap, may still wimp out and settle for above-target inflation. Any portfolio of risky equities and less risky fixed-income bonds will lose money on the bonds, owing to higher inflation and inflation expectations.

“ Central banks, regardless of their tough talk, will feel immense pressure to reverse their tightening once the scenario of a hard economic landing and a financial crash materializes. ”

And the broader sanctions regime—not least the weaponization of the dollar BUXX, DXY, and other currencies—has further balkanized the global economy, with “friend-shoring” and trade and immigration restrictions accelerating the trend toward deglobalization.

Everyone now recognizes that these persistent negative supply shocks have contributed to inflation, and the European Central Bank, the Bank of England, and the Federal Reserve have begun to acknowledge that a soft landing will be exceedingly difficult to pull off. Fed Chair Jerome Powell now speaks of a “softish landing” with at least “some pain.” Meanwhile, a hard-landing scenario is becoming the consensus among market analysts, economists, and investors.

And if a hard landing is the baseline for the United States, it is even more likely in Europe, owing to the Russian energy shock, China’s slowdown, and the ECB falling even further behind the curve relative to the Fed.

The recession will be severe and protracted

Are we already in a recession? Not yet, but the U.S. did report negative growth in the first half of the year, and most forward-looking indicators of economic activity in advanced economies point to a sharp slowdown that will grow even worse with monetary-policy tightening. A hard landing by year’s end should be regarded as the baseline scenario.

While many other analysts now agree, they seem to think that the coming recession will be short and shallow, whereas I have cautioned against such relative optimism, stressing the risk of a severe and protracted stagflationary debt crisis. And now, the latest distress in financial markets—including bond and credit markets—has reinforced my view that central banks’ efforts to bring inflation back down to target will cause both an economic and a financial crash.

I have also long argued that central banks, regardless of their tough talk, will feel immense pressure to reverse their tightening once the scenario of a hard economic landing and a financial crash materializes. Early signs of wimping out are already discernible in the United Kingdom. Faced with the market reaction to the new government’s reckless fiscal stimulus, the BOE has launched an emergency quantitative-easing (QE) program to buy up government bonds (the yields on which have spiked).

Monetary policy is increasingly subject to fiscal capture. Recall that a similar turnaround occurred in the first quarter of 2019, when the Fed stopped its quantitative-tightening (QT) program and started pursuing a mix of backdoor QE and policy-rate cuts—after previously signaling continued rate hikes and QT—at the first sign of mild financial pressures and a growth slowdown.

Central banks will talk tough; but there is good reason to doubt their willingness to do “whatever it takes” to return inflation to its target rate in a world of excessive debt with risks of an economic and financial crash.

Moreover, there are early signs that the Great Moderation has given way to the Great Stagflation, which will be characterized by instability and a confluence of slow-motion negative supply shocks.

In addition to the disruptions mentioned above, these shocks could include societal aging in many key economies (a problem made worse by immigration restrictions); Sino-American decoupling; a “geopolitical depression” and breakdown of multilateralism; new variants of COVID-19 and new outbreaks, such as monkeypox; the increasingly damaging consequences of climate change; cyberwarfare; and fiscal policies to boost wages and workers’ power.

Where does that leave the traditional 60/40 portfolio? I previously argued that the negative correlation between bond and equity prices would break down as inflation rises, and indeed it has. Between January and June of this year, U.S. (and global) equity indexes SPX, DJIA, GDOW, fell by over 20% while long-term bond yields TMUBMUSD10Y,  rose from 1.5% to 3.5%, leading to massive losses on both equities and bonds (positive price correlation).

Moreover, bond yields TMUBMUSD02Y, fell during the market rally between July and mid-August (which I correctly predicted would be a dead-cat bounce), thus maintaining the positive price correlation; and since mid-August, equities have continued their sharp fall while bond yields have gone much higher. As higher inflation has led to tighter monetary policy, a balanced bear market for both equities and bonds has emerged.

But U.S. and global equities have not yet fully priced in even a mild and short hard landing. Equities will fall by about 30% in a mild recession, and by 40% or more in the severe stagflationary debt crisis that I have predicted for the global economy. Signs of strain in debt markets are mounting: sovereign spreads and long-term bond rates are rising, and high-yield spreads are increasing sharply; leveraged-loan and collateralized-loan-obligation markets are shutting down; highly indebted firms, shadow banks, households, governments, and countries are entering debt distress.

The crisis is here.

Nouriel Roubini, professor emeritus of economics at New York University’s Stern School of Business, is chief economist at Atlas Capital Team and author of the forthcoming “MegaThreats: Ten Dangerous Trends That Imperil Our Future, and How to Survive Them” (Little, Brown and Company, October 2022).