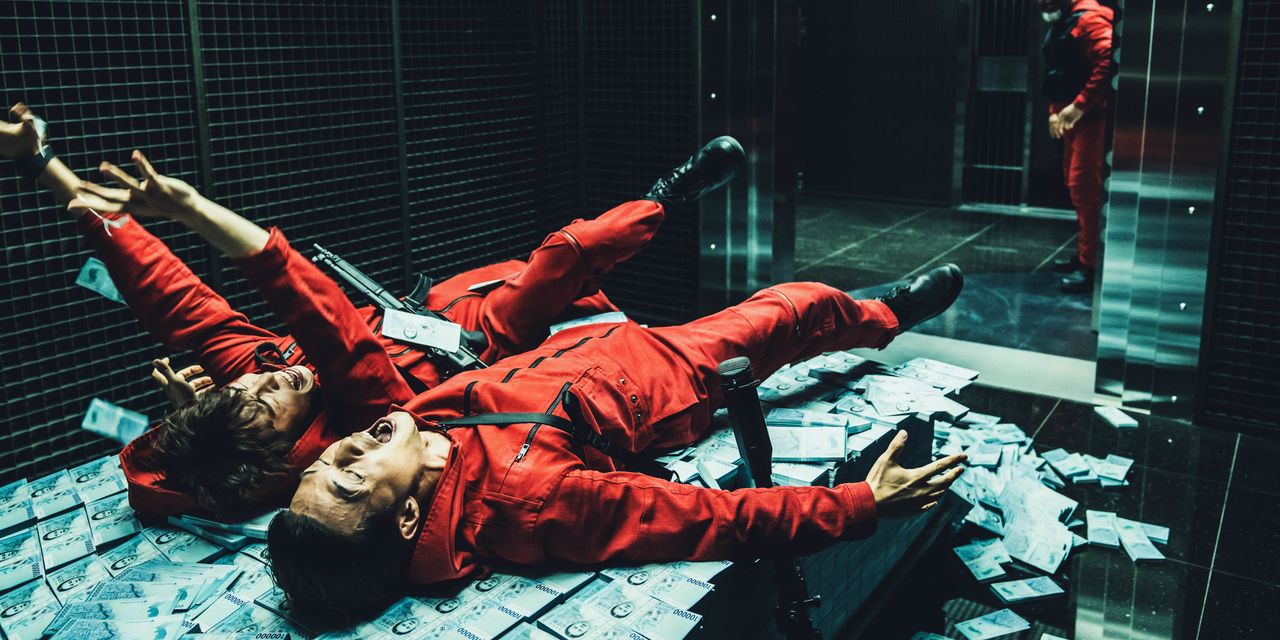 Netflix Inc. executives on Tuesday detailed their plans to crack down on users sharing their accounts on the streaming service, which is expected to arrive early next year.

In a letter to shareholders in conjunction with their third-quarter earnings report, Netflix NFLX, executives said that they would offer those currently using other people’s accounts an option to transfer that profile to their own subscription. They will also offer account holders the option of establishing “subaccounts,” paying more to allow others to use their Netflix service.

“We’ve landed on a thoughtful approach to monetize account sharing and we’ll begin rolling this out more broadly starting in early 2023,” the letter reads. “After listening to consumer feedback, we are going to offer the ability for borrowers to transfer their Netflix profile into their own account, and for sharers to manage their devices more easily and to create subaccounts (“extra member”), if they want to pay for family or friends.”

The approach sounds similar to tests Netflix has been running in Latin America after executives announced earlier this year that they would seek to put a stop to password sharing. That test gave viewers the ability to watch Netflix in one designated home, but subscribers were forced to pay an additional $2.99 for each new home in which someone would be streaming through a given Netflix account.

Netflix executives have long acknowledged the reality that consumers share their passwords, allowing others to access the streaming service without paying, but said they were not worried about the practice. That changed earlier this year, after the company reported its first year-over-year decline in subscribers — executives said at that time that they expected roughly 100 million households were accessing the service without paying, while the service at the time had roughly 222 million paying subscribers.

Third-party studies have also shown the practice is widespread. According to an Aura survey from 2021, 53% of Americans admit they share login information with people outside their main household.

The crackdown on password sharing is part of a revamp Netflix executives publicly began after reporting disappointing results in April, amid a wave of streaming competition from the likes of Walt Disney Co. DIS, , Apple Inc. AAPL, and others. That also includes the introduction of a cheaper, ad-supported tier that is expected to arrive in some countries during the fourth quarter, and which executives suggested in Tuesday’s letter could help retain users who had been accessing the service through someone else’s account.

“In countries with our lower-priced ad-supported plan, we expect the profile-transfer option for borrowers to be especially popular,” they wrote.

There are concerns that Netflix could face a backlash from consumers after years of allowing the practice of password sharing to grow, however.

“Netflix’s decision to crack down on password sharing has the potential to tap into a significant revenue opportunity,” Third Bridge analyst Jamie Lumley said in an emailed statement Tuesday. “However, our experts are skeptical about its chances of success both from a technical standpoint and in terms of the pushback from users, which has already been seen in [Latin American] markets.”

In an interview session with executives Tuesday afternoon, Netflix Chief Operating Officer and Chief Product Officer Greg Peters said that executives “have been working really hard to try and find essentially a balanced position, an approach toward this that supports customer choice and, frankly, a long history of customer-centricity that we think has informed how we think about establishing our service, but balancing that with making sure that as a business we are getting paid when we are delivering entertainment value to consumers.”

“We’ve tried a couple different approaches in different countries, you saw that, and based on the customer feedback that we’re getting, we sort of landed on an approach toward paid sharing that we think strikes that balance,” he added.

Separately, Netflix announced Monday that the option to transfer a profile into a separate subscription was rolling out globally. A blog post from product manager Timi Kosztin said that subscribers would receive an email when they were eligible for Profile Transfer, “a feature that lets people using your account transfer a profile — keeping the personalized recommendations, viewing history, My List, saved games, and other settings — when they start their own membership.”

For more: Ads are coming to Netflix in November with plan costing $6.99 a month

Netflix has not publicly specified how it may enforce any password-sharing restrictions, but one test being carried out in Chile, Costa Rica and Peru verifies the main account holder through an IP address (aka the series of numbers that identifies any device on a network), and not geographical location, a Netflix spokesperson previously told MarketWatch. That’s in part because enforcement based on the geographical location of the main account would run into problems if a user attempted to use their own Netflix account while away from home on a mobile device, like a phone or laptop.

A Netflix representative told MarketWatch on Tuesday that they would not have anything more to share on the password-sharing crackdown beyond the letter.

Netflix shares have cratered amid the company’s growth issues in 2022, falling 60% so far this year as the S&P 500 index SPX, has declined 22.8%. The stock jumped 15% in after-hours trading Tuesday following the release of third-quarter results, which beat expectations for subscriber growth and profit.