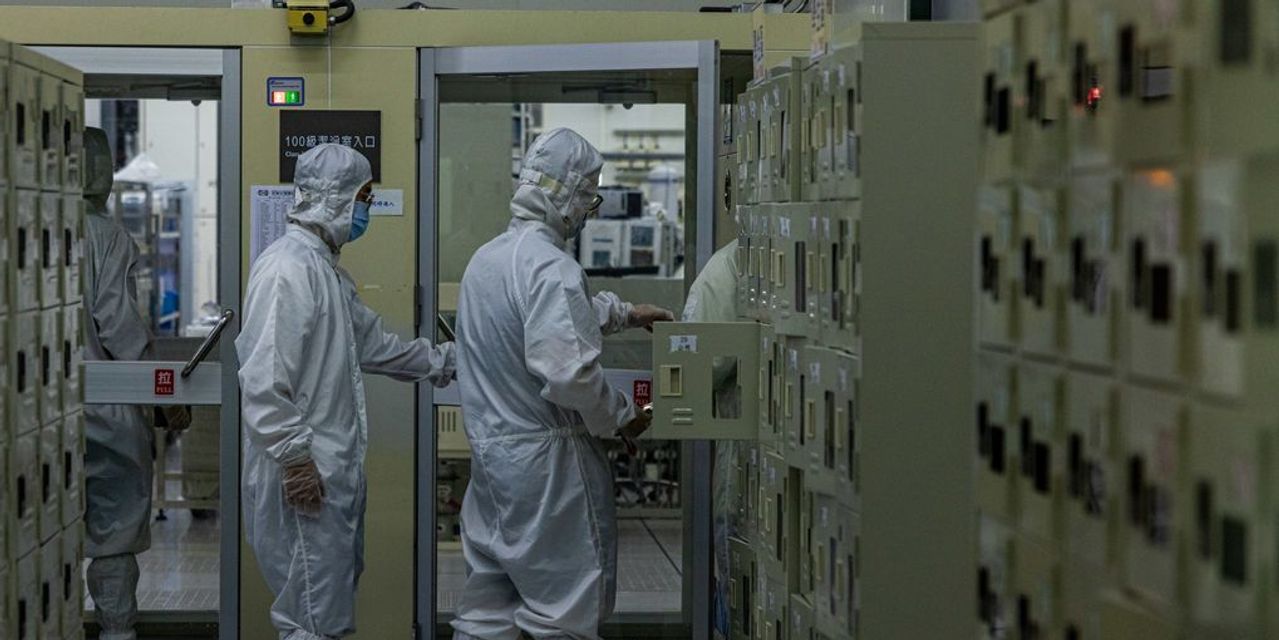 Nvidia Corp., which said yesterday that quarterly sales slumped, exemplifies the cyclical nature of the semiconductor industry despite the company’s inroads into fast-growing markets.

Still, many chip makers are bucking the trend by posting high double-digit increases in sales while improving profit margins. A list of those companies is featured below.

Nvidia NVDA reported a 12% decline in quarterly revenue from a year earlier. The company’s stock was down only 2% in afternoon trading on Nov. 17, perhaps because most bad news had already been baked in when Nvidia lowered its sales guidance on Aug. 8.

But there’s more to the story.

As Therese Poletti reported, Nvidia’s inventory doubled year over year, resulting in a $702 million charge. Rising inventory is typically a bad sign, suggesting weak demand and future discounting that will be needed to clear it.

Nvidia’s gross margin has already suffered. In the latest quarter, it narrowed to 55.59% from 65.20% a year earlier. (A company’s gross margin is net sales, less the cost of goods or services sold, divided by sales. Net sales are sales minus returns and discounts, such as coupons.)

Margins are a useful measurement of pricing power, and investors love to see a combination of an expanding gross margin and increasing sales.

Nvidia’s quarterly operating margin slipped to 19.91% from 44% a year earlier. (The operating margin subtracts more overhead and other expenses that aren’t directly related to the production of goods and services sold.)

These semiconductor stocks stand out

For a screen of semiconductor stocks, we began with the 30 held by SOXX and then added companies in the S&P Composite 1500 Index XX:SP1500 in the “Semiconductors and Semiconductor Equipment” industry group.

The table includes the dates and times (if available) that FactSet expects the companies to report.

Applied Materials Inc. AMAT, which provides equipment and related services to chip makers, is expected to report a 6% increase in quarterly sales from a year earlier, after the market close on Nov. 17. But analysts polled by FactSet also are expecting earnings per share to decline.

For Analog Devices Inc. ADI, which is scheduled to report on Nov. 22, sales are expected to increase by 35%, with a dramatic increase in expected EPS to go with it.

Marvell Technology Inc. MRVL reports on Dec. 1. Analysts expect a 29% increase in earnings and a swing to a quarterly profit from a year-earlier net loss.

Among the remaining 49 companies that have already reported this earnings season, here are the 18 that reported sales increases of at least 20%, with improvements in gross margins and operating margins:

Click on the tickers for more about each company, including news coverage, financials and analysts’ opinion. You should also read Tomi Kilgore’s detailed guide to the wealth of information for free on the MarketWatch quote page.

Don’t miss: Warren Buffett’s chip-stock purchase is a classic example of why you want to be ‘greedy only when others are fearful’